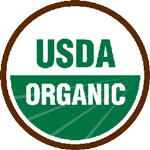 Like all the best stories, this one starts with an obsession. As a young man, founder Joshua McHugh got curious about how different foods made him feel. After discovering the fueling powers of nutrient-dense sprouted foods, he soon found himself knee-deep in 5-gallon buckets of sprouting grains, experimenting with the best formulations. Fast-forward 10 years later, his company’s Activated line celebrates “food at its highest potential.”