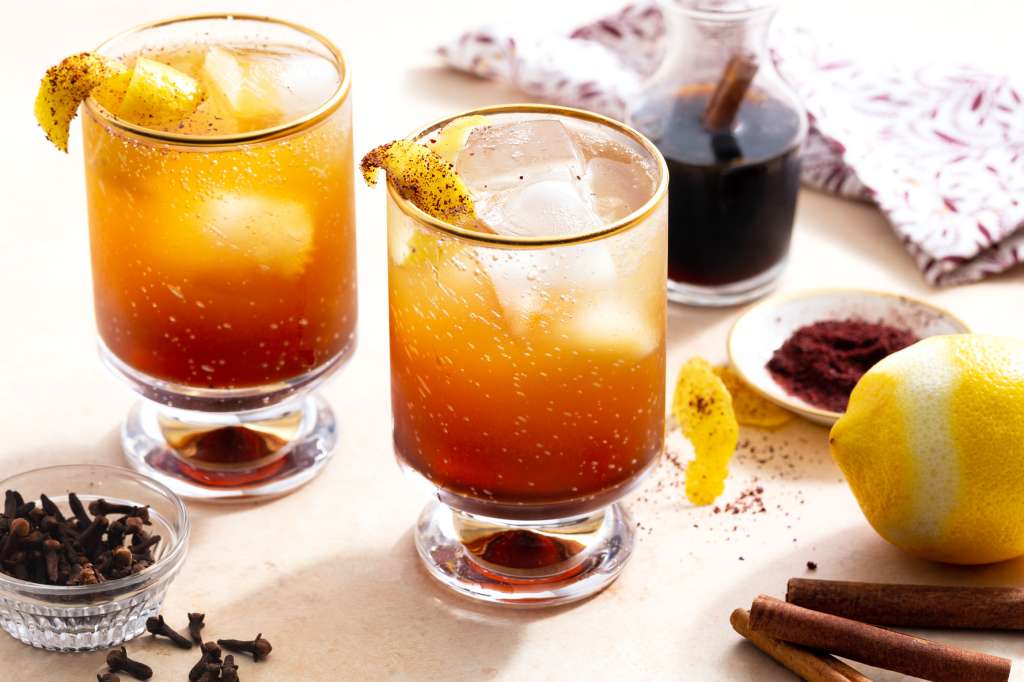 This refreshing soda tastes like the first crisp, cool day of autumn captured in a glass. For the best flavor, be sure to use unpasteurized apple cider, not apple juice. Instead of refined sugar, we sweeten it with sucanat (the name is an initialism of sugarcane natural), dried sugar cane juice that has a molasses-like flavor. Apple cider vinegar balances out the sweetness with a bracing, acidic kick. It’s best enjoyed icy cold after a long walk in the woods.

To a small sauce pot add the sucanat, half the sumac, cloves, cinnamon stick, and water. Over medium-high heat, bring to a boil, then remove from the heat and let cool to room temperature. Strain the syrup into a heatproof measuring cup. Discard the solids.

In a small bowl, combine the lemon peel and the remaining sumac and toss to coat.

3. Serve
Fill 4 tall glasses with ice. Add 1 cup apple cider to ¼ cup sparkling water. Stir in 1 tablespoon simple syrup and 1½ teaspoons apple cider vinegar to each glass, garnish with the lemon peel, and serve. Store the remaining simple syrup in an airtight container for up to 1 week. 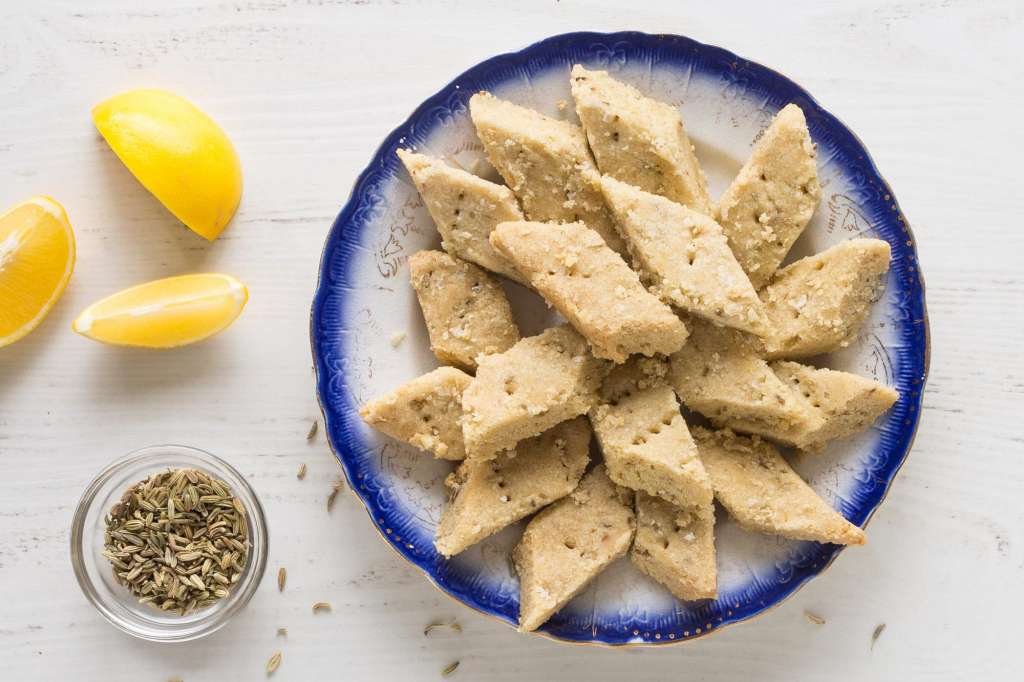 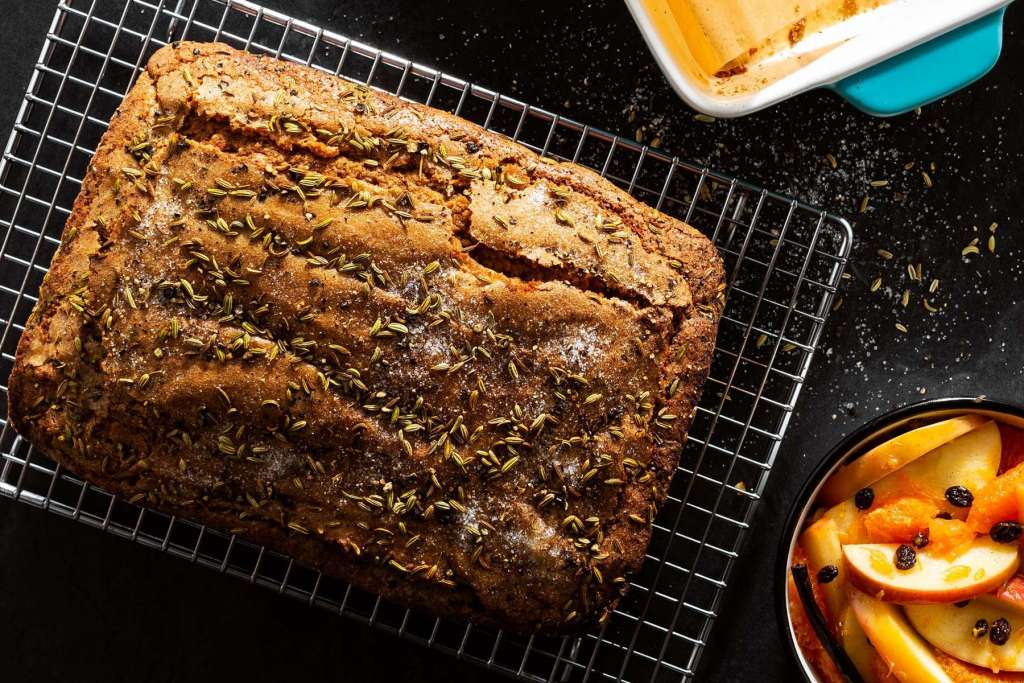 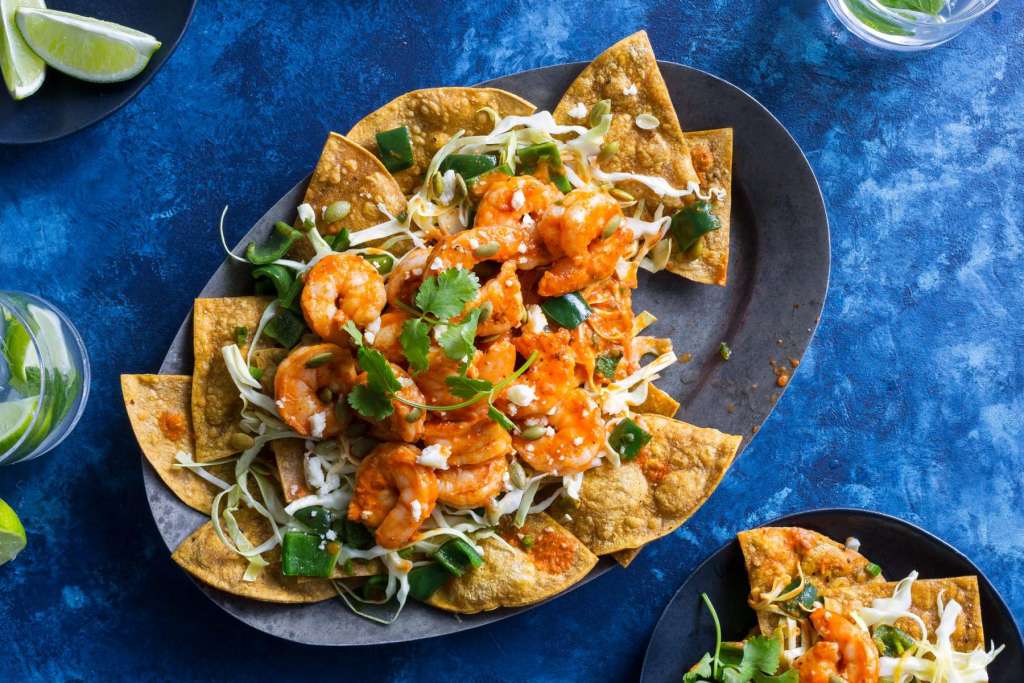